Jonathan Booker is a composer with an interest in social and political conditions. He has composed for AURA Contemporary Ensemble, Da Camera Chamber Music and Jazz, HGOco and the Flute Studio at the Lamont School of Music.  His work has been performed atthe Robert Avalon International Competition, the Other Competition, the 2017 Composer Conference at Wellesley College, Thailand International Composition Festival, and the Oregon Bach Festival. Jonathan is currently pursuing a D.M.A. in composition from the University of Missouri-Kansas City, and holds a master’s degree in composition from the University of Houston’s Moores School of Music.

Dr. Henry Darragh graduated from the University of Houston Moores School of Music in 2015 with a DMA in conducting. His composing, piano and trombone playing, and singing focus mostly on jazz. He has released two recordings as a leader and is currently arranging and coproducing big band and small group recordings of iconic Houston rap. The first single, “Sittin’ Sidewayz,” will be released in the spring of 2018, featuring Paul Wall (the original artist). He teaches privately and at the University of Houston–Clear Lake. 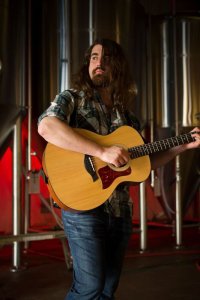 Ryan Adam Wells is an alternative country singer-songwriter and vaudeville comedian. He has performed to sold-out crowds in Texas, California (Los Angeles), Canada, Scotland, and Australia, and garnered several awards and commendations along the way. He is currently based in Houston, where he opened for HGOco’s popular 2017 production of Das Barbecü. He is also the emcee for the burlesque troupe The Moonlight Dolls and is one-third of the comedy troupe Sound & Fury. 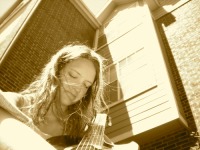 Kate Wasserman has played many different instruments since she was a child, but she mainly loves to sing. She did that a lot as a kid, and only dabbled in songwriting. She obtained a degree in music therapy to work with kids with autism, and then she relocated to Houston for work. After a traumatic hand injury brought on by a frantic, busy lifestyle, she started focusing on her own life’s healing and music. She still spends time with kids of all ages, every day, sharing the journey of healing through music.

Dr. Mary Carol Warwick is a composer and librettist whose works have been widely performed in the United States, Canada, Europe, and the Republic of Singapore. Dr. Warwick—who received bachelor of arts and bachelor of music degrees from Meredith College in Raleigh, N.C., and master of music and foctor of musical srts degrees from Florida State University—did her post-doctoral work at the University of Houston with Carlisle Floyd. Warwick has written nine operas for children commissioned by Houston Grand Opera, including two bilingual operas, Cinderella in Spain and Rapunzel. Warwick was the recipient of an Opera New World Grant and a National Endowment for the Arts Challenge Grant.

Madeline Styskal is currently pursuing a bachelor’s degree in music composition at the University of Houston Moores School of Music, where she has studied composition under Robert Smith and David Ashley White, and piano performance with Tali Morgulis. Highlights from the start of her career include multiple collaborations with HGOco, WITS, and area primary schools through the MyVoice project in 2015; a commission by the Kingwood Park High School Chamber Orchestra in 2016; the Veteran’s Songbook Project in 2016; and writing for the Cathedral of the Immaculate Conception choir in Moscow. Whether texted or instrumental, her works typically find their grounding in storytelling.

Leah Lax was raised in a Jewish family in Dallas, Texas, near her immigrant grandparents so that, growing up, she learned both to crochet and ride a horse. Grateful now for second chances, she has published award winning fiction and nonfiction. Her work for stage includes major productions with both Houston Grand Opera (The Refuge, 2007) and the Houston Symphony.

A guitarist, composer, educator, and collaborator, Houston musician George Heathco has played guitar with many of Houston’s leading music and theater organizations, local songwriters and rock/pop bands, and numerous churches and contemporary worship services. He has composed and contributed music for television, radio, theater, jazz and chamber ensembles, and rock/pop acts. In 2016, his setting of Psalm 88 was premiered by Duo Scordatura at Carnegie Hall. Since 2004, he has taught music at levels ranging from general elementary school music to music theory and electronic composition at a tier one university.

Clare Glackin is a composer of instrumental and vocal concert works whose music has been commissioned by the Houston Grand Opera, Aspen Music Festival, Alarm Will Sound, and others. Her music has been performed at the Brevard Music Festival, Oregon Bach Festival Composers Symposium, and Mizzou International Composers Festival. Upcoming projects include a wind ensemble piece to celebrate the 100th anniversary of the Mount Vernon High School Band program in 2019. She graduated with a master of music degree from Rice University’s Shepherd School of Music, and a bachelor’s degree from USC’s Thornton School of Music.