A guitarist, composer, educator, and collaborator, Houston musician George Heathco has played guitar with many of Houston’s leading music and theater organizations, local songwriters and rock/pop bands, and numerous churches and contemporary worship services. He has composed and contributed music for television, radio, theater, jazz and chamber ensembles, and rock/pop acts. In 2016, his setting of Psalm 88 was premiered by Duo Scordatura at Carnegie Hall. Since 2004, he has taught music at levels ranging from general elementary school music to music theory and electronic composition at a tier one university. 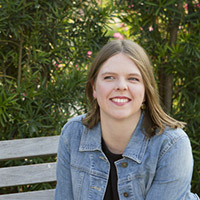 Clare Glackin is a composer of instrumental and vocal concert works whose music has been commissioned by the Houston Grand Opera, Aspen Music Festival, Alarm Will Sound, and others. Her music has been performed at the Brevard Music Festival, Oregon Bach Festival Composers Symposium, and Mizzou International Composers Festival. Upcoming projects include a wind ensemble piece to celebrate the 100th anniversary of the Mount Vernon High School Band program in 2019. She graduated with a master of music degree from Rice University’s Shepherd School of Music, and a bachelor’s degree from USC’s Thornton School of Music. 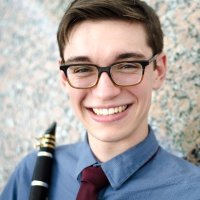 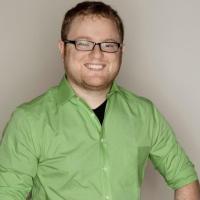 Composer and pianist Mark Buller has been commissioned by a wide range of organizations, including the Atlanta Symphony Orchestra, Houston Grand Opera, the Houston Symphony, and River Oaks Chamber Orchestra. For two years he was a member of the Da Camera of Houston Young Artist Program, which also commissioned a number of chamber works, including the award-winning String Quartet No. 3. Current commissions include a song cycle for baritone and chamber orchestra, a concerto for English horn, a work for solo piano, and several song cycles. His works have also won the Vanguard Voices Choral Composition Competition (for Sicut Cervus, performed at Carnegie Hall) and the Sarofim Composition Award.

Video: I am a Soldier

All vets have stories of conflict and courage, strength and sacrifice. We want to hear about you.

Feel free to reply to any story, music or video on this site. Or use the reply area below.

If you’d like to send us images, audio or video files, use our email address: hgoco@houstongrandopera.org

Read the story that inspired Not Knowing Him.

On February 28, 1942, the Battle of Sunda Strait embroiled two ships in a naval battle with the Imperial Japanese Navy. Overboard pays tribute to the fine seamen of the USS Houston and the HMAS Perth. Recognizing the lifesaving friendship between them, this three movement song cycle honor their deaths and the life the survivors managed to live after the war. Commissioned as part of the Veterans Songbook project to be featured in a touring exhibit, Overboard premiered at the Julie Ideson Library on March 1, 2017 and a recording traveled with the exhibit to Australia.